When you book with an account, you will be able to track your payment status, track the confirmation and you can also rate the tour after you finished the tour.
Sign Up
Save To Wish List

When you book with an account, you will be able to track your payment status, track the confirmation and you can also rate the tour after you finished the tour.
Sign Up
3014
Home / Europe / France / Normandy & Brittany Family Bike Tour
OverviewItineraryDatesWhat's IncludedReviews

If you’ve ever dreamed of discovering Normandy and Brittany, we invite you to explore this quiet corner of France on a family bike tour with DIGnGO. Ride past the beaches where allied troops landed on June 6, 1944. Cycle through storybook villages and scenic orchards. Visit the Normandy American Cemetery and Memorial. And participate in land sailing and glass blowing. Join us on a biking vacation and discover the many historic landmarks and natural wonders of Normandy and Brittany!

Welcome to Brittany. | Start your journey with a light lunch at a local restaurant in the medieval town of Dinan. | Tour the charming harbor town of Dinan and stroll through its narrow cobblestone streets and 13th-century half-timbered houses. | Bike alongside the Rance River into the countryside. | Kids learn how glass is made in the town of Saint-Méloir-des-Ondes. | Settle into our 17th-century manor-turned-hotel, Manoir des Douets Fleuris. | Discover Cancale, the « oyster capital » of Brittany, on a self-guided tour. | Savor the regional cuisine at a local restaurant. 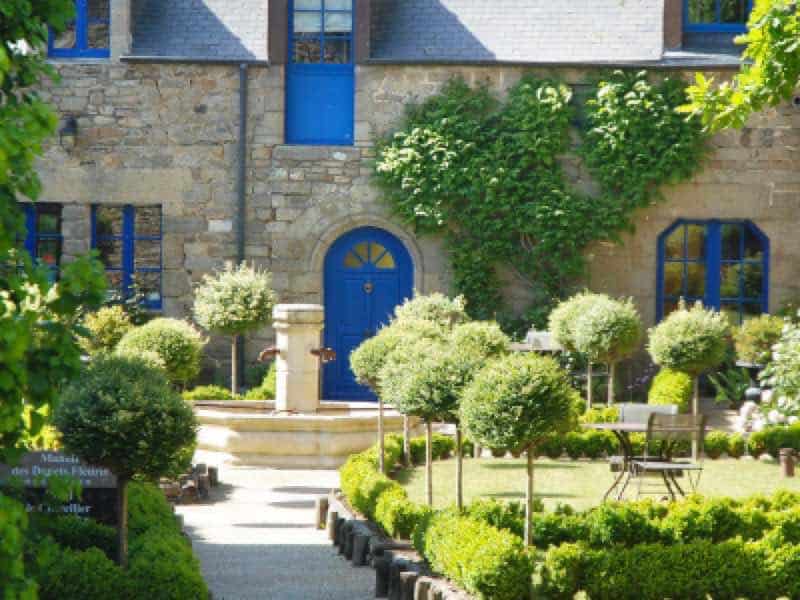 Situated between Saint-Malo and Cancale, this hotel is a former manor, which was transformed into a beautiful hotel featuring a pond, a pool, and a hot tub.

Cycle the Mont Saint-Michel Bay’s coast past clear waters, beautiful beaches and Breton towns. | Gorgeous views abound as you ride to the town of Mon-Dol. | Have lunch near the Mont-Saint-Michel. | Visit the magical island monastery and cathedral of World Heritage Mont-Saint-Michel Abbey, a structure rising hundreds of feet above a rocky islet amidst vast sandbanks, on a self-guided tour. | Sit back and relax, knowing that your tour guide is doing the driving, and enjoy the ride to nearby Agneaux. | Arrive at your hotel, a 3-star property on the banks of La Vire River. 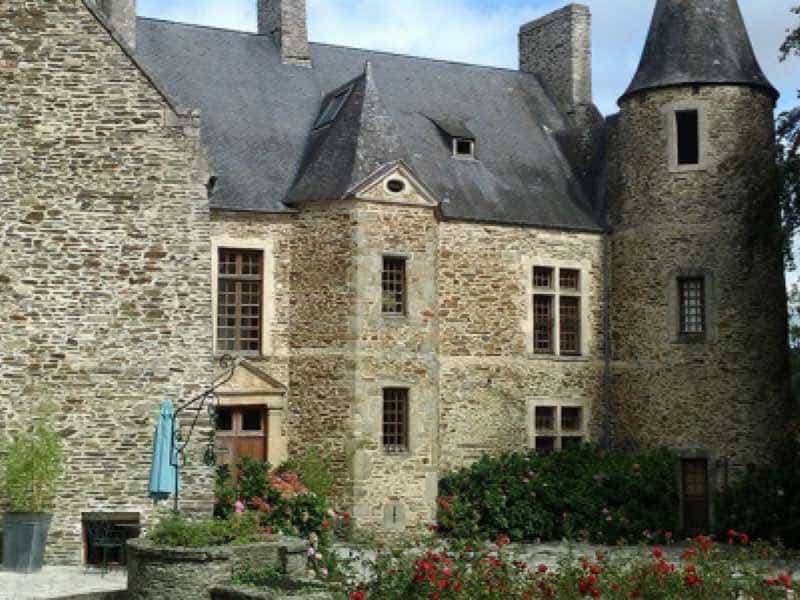 Château d’Agneaux has all the charm of an 13th century chateau and overlooks the vast open landscape of the Vire valley, offering a unique view of the Normandy farmlands.

Hop on your bike to ride a route with views by green farmlands, shaded forests and picture perfect villages. | During a self-guided tour, visit the Balleroy castle, a seventeenth-century chateau purchased by Malcolm S. Forbes in 1970. | Step back in time as you wander the breathtaking grounds of Château de Balleroy, designed by Francois Mansart in 1626. | Ride through a picturesque Norman landscape past an 11th-century abbey, green meadows, and wetlands. | Retreat to our hotel, situated nearby the D-Day beaches and the town of Bayeux. | Discover the preserved seaside battery at Longues-sur-Mer—a World War II German artillery battery sited on a 60 m cliff overlooking the sea. | Bike to Arromanches where the ruins of Mulberry harbour constructed to aid in the D-Day invasion can still be seen at sea. | Walk on Juno Beach. | Spin along a scenic route, passing apple orchards and woodlands. | Discover the rich history of Bayeux, a town on the Aure river that is also the home to the splendid 11th-century Bayeux Tapestry, an embroidered cloth nearly 230 ft long that depicts the events leading up to the Norman conquest of England. | Adults ride back to our hotel, while the kids experience a wonderful land sailing activity. | Explore the fisherman town of Port-en-Bessin-Huppain. | Savor a traditional Norman-style dinner of local delicacies including oysters, Camembert cheese, cider, and Calvados brandy. | Explore the Normandy American Cemetery and Memorial on a private guided tour with a local historian. | A picturesque route leads to the German stronghold Pointe du Hoc, a promontory with a 100-foot cliff overlooking the English Channel. | Celebrate your final evening with a farewell dinner at a local restaurant. 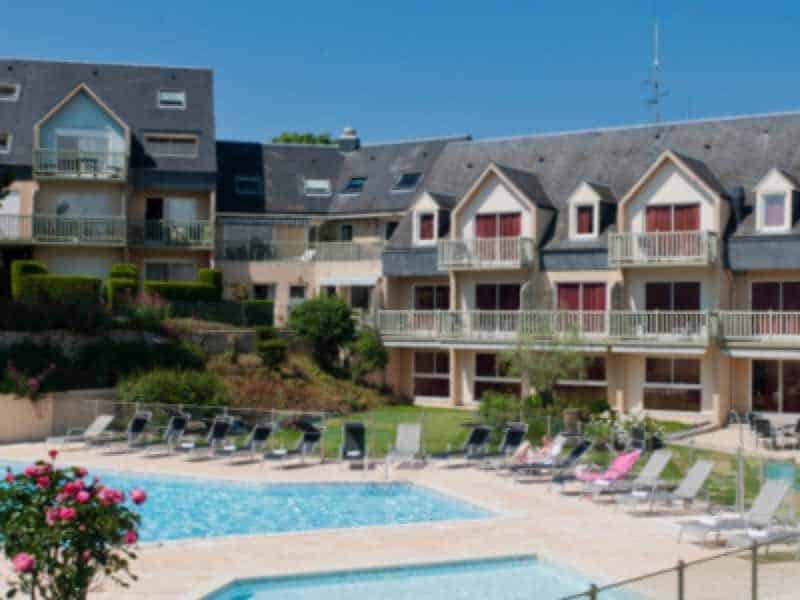 Situated just minutes from the towns of Bayeux, Arromanches and the D-Day landing sites, this hotel sits on a hill near Port-en-Bessin and features a pool, sauna, and a Turkish bath.

See our booking form section on this page for all departure dates.

Get together with your traveling companions and share a great DIGnGO adventure. You can take over any of our guided tours and make it your own private cycling tour. If your departure date is not available, we’ll set a date for you, your family, and friends. Call us at 888-883-7948 to start planning your trip.

We’ll make it happen! Tell us what your ideal cycling experience would be and we’ll work closely with you to put it together. Our travel agents will arrange a bike trip that fits your needs, interests, schedule and budget. Call us at 888-883-7948 to speak with a custom tour manager.

Our family cycling tour was lovely. Great routes, excellent Garmins, terrific bikes and outstanding tour guides. We were so fortunate to have Laurent and Franck as our guides.

We would have loved to be able to include our guides in our dinner plans on the evenings. We offered to include them a few nights. I would encourage you to give your guides the flexibility to accept invitations from guests to join them at dinner.

We had excellent guides. We were fortunate enough to have them all to ourselves. We all enjoyed chatting with them. We liked their suggestions and ideas when we had rain on the last day. We loved the bikes and we had to buy the same one to our younger son when we returned home. We enjoyed the snacks although I would have preferred dark Swiss chocolate lol.

We had some challenges with GPS in the van at times but we took it all in stride. We loved the accommodations through out the trip. We likely wouldn’t have found these places on our own.

Only suggestion, we aren’t big seafood eaters and would have liked some informal surveying of menus for us. However, we loved the recommendation of our trip leaders for our free night.

Thank you for those terrific photos. Thank you even more for providing our family with an amazing experience in Normandy. If “word-of-mouth” advertising is valuable, then DIGnGO has been receiving some valuable advertising in the Charlotte, North Carolina, USA marketplace over the last week. We just had a fabulous time, and cannot thank you and your trip leaders enough. We hope that we are fortunate enough to have another trip with DIGnGO in the future.

Thank you for a wonderful cycling vacation. We had a great time. We can’t wait to do another tour.